Why my flag results "declined" while the post got deleted?

I recently flagged this post as "low quality". As you can see (if you have enough rep), it has been deleted by three other users. In addition, from the review history I see that noone disagreed:

From this I understand that my flag has been useful, but on my profile I read this:

declined - flags should not be used to indicate technical inaccuracies, or an altogether wrong answer 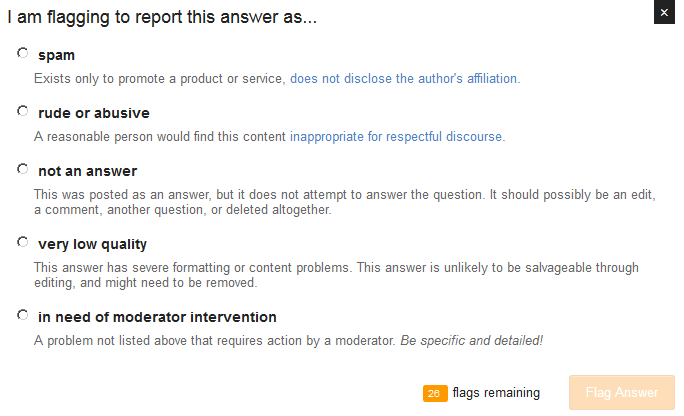 This set of choices is in blatant opposition to the message I received in the reject message: there is a flag reason for technical inaccuracies/wrong answers or "severe content problems" as the prompt puts it. It's the SE system that tells me that this is an option.

I understand that somewhere there has been a misunderstanding or a mistake has been made. I asked this question in the hope to identify the cause and avoid it in the future.

My understanding of the system is that by raising that flag the post is placed in the "low quality" review queue, if it was not already been automatically placed there by the system (and that this is the only way a user can place a post in that queue).

Edit: Based on the evidence (looking at the state of the post when the flag was raised), I think I might have just ignored the flag. That being said the following post still covers the general reasoning for why a flag like that might get declined. It's always a subjective call.

It's not a moderator's job to delete poor quality or incorrect answers. Low quality answers should be down-voted, and, if you feel really strongly, you can vote to delete. There's no reason for a moderator to get involved in any of that. It should be community action.

In the example you gave, the user did make some attempt to answer the question. It wasn't a great answer, but it wasn't spam, it wasn't rude or offensive, and it was an answer. I'm not the mod who declined the flag, but I might have done the same, and that's why.

As you discovered, and I had forgotten about, the option to flag "very low quality" is sometimes available. The fact that it's not always available should be an indicator that it's rarely applicable. There's a meta post from 2011 which talks about this flag reason. It's very closely related to the spam flag. It means that the answer is completely unsalvageable. That answer may or may not fit that. I guess that's a subjective call. Thinking about it now, after seeing the pre-edit version of the answer (which is much worse), I might have just marked the flag "helpful" and ignored it. That's generally what I do for posts which fit that very low quality description. Ones which I think are being marked because they're just wrong or short, I decline.

As for how posts enter the low quality review queue, more often than not, the Community user takes care of that automatically. In this case, that answer was already in the review queue. Here's another meta post which talks about that. You're right that a human flag will also place it in that queue, so in that sense, it can do some good. If you feel strongly about it, then flag it. Worst that can happen is once in a while it gets declined.

Not the answer you're looking for? Browse other questions tagged support flagging .