Yesterday (local time), I made three tagwiki edits which were ultimately accepted:1 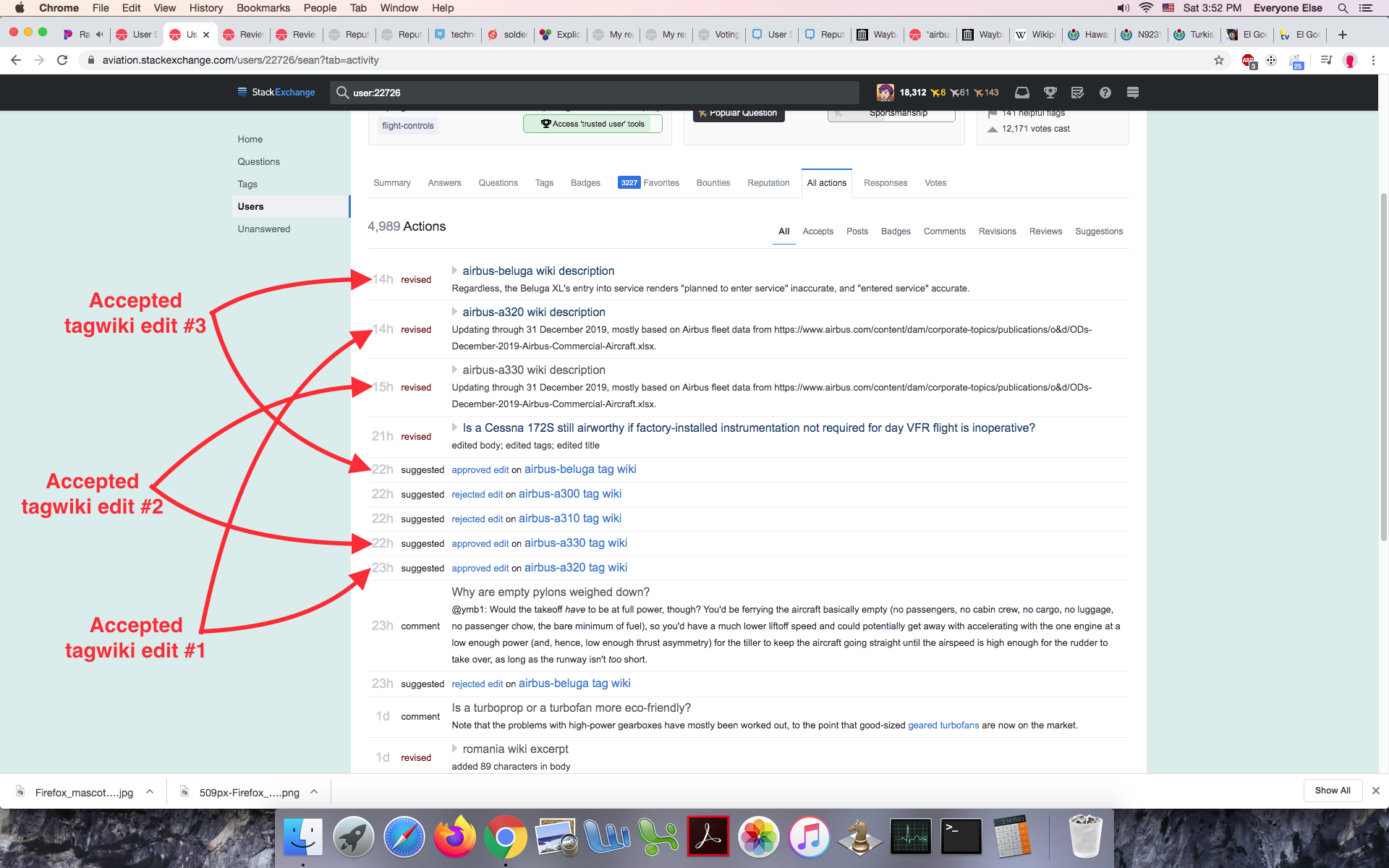 Making an edit suggestion which is then reviewed and accepted is worth +2 reputation; thus, I should have gained a total of +6 reputation from those three accepted tagwiki edits.

However, I only gained reputation for one of the three (suggested edit #48673): 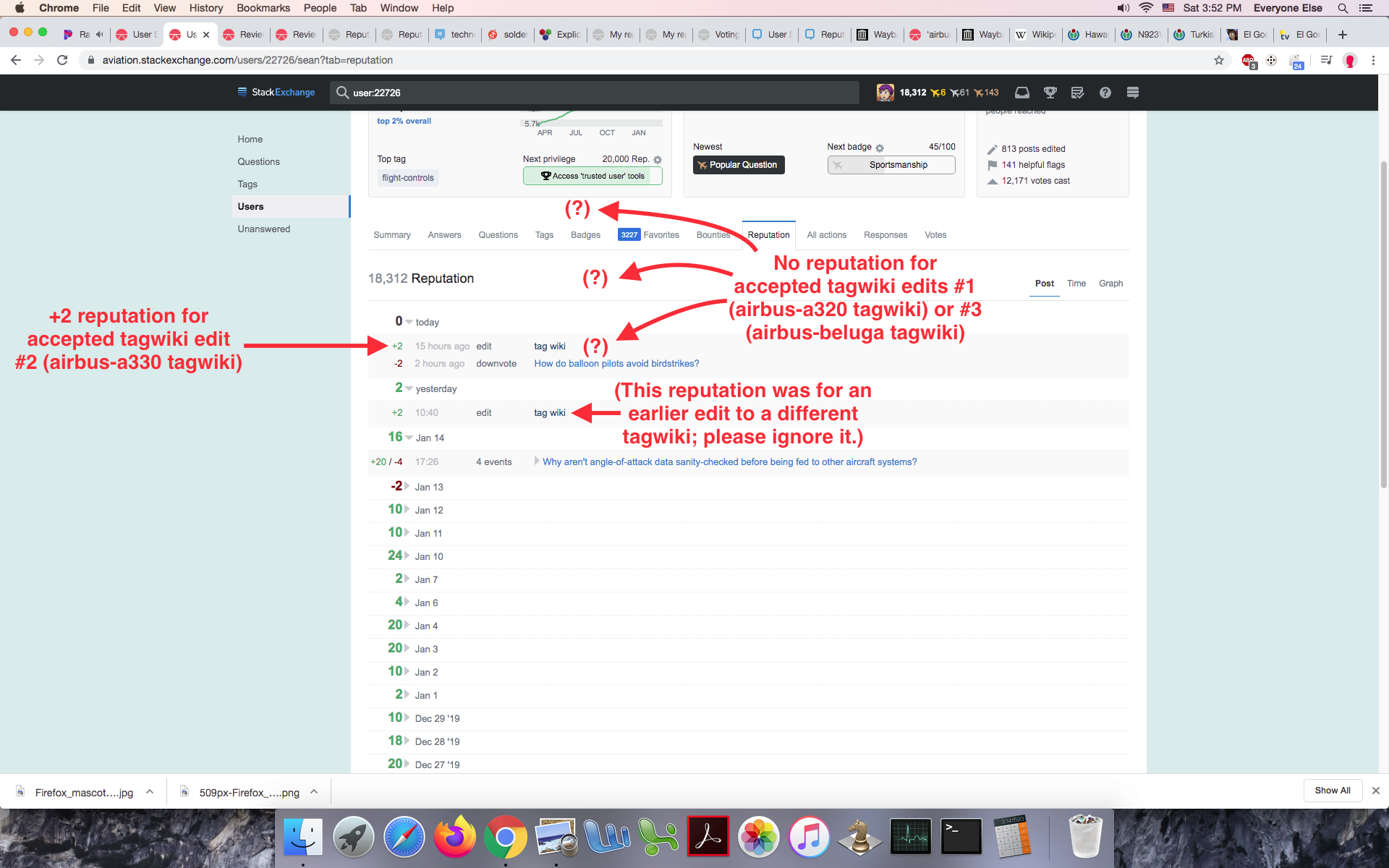 Why is accepted-edit reputation gain broken, and when will it get fixed?

1: I also made three which were rejected, but those do not concern us here.

The best source of info here is probably this Q/A

How do suggested edits work?

And a quote for a direct answer

Can I earn reputation?

Emphasis mine, highlighting the 2 ways you no longer earn rep from suggested edits.

PS: You might want to check your edits are appropriate

Not the answer you're looking for? Browse other questions tagged bug editing reputation tag-info .

2
For planes, do we need an up-to-date fleet count in the tag wikis?