I suggest changing flight-attendant to cabin-crew and make the former as a synonym to the latter.

However, I am starting to hear the term "cabin crew" in common usage, and it seems entirely possible that it may supplant FA the same way FA supplanted stewardess sometime in the future. Or we might find that cabin crew becomes a term when speaking collectively, and FA is still used as a generic term for an individual in that position - the same way we have "flight crew" and captain and FO, but we still have the generic term pilot. I really have no idea.

My point is simply that the primary tag should probably reflect the most common name currently in use, and I believe that is flight attendant. Everyone knows what a flight attendant is; some people might be confused about the term cabin crew today. Granted, there is a grand total of three questions with the flight-attendant tag, so it's not exactly a high volume tag and whether we change it or not will affect the site very little.

As far as making them synonyms, I don't think anyone would object to that.

According to Google ngrams, flight attendant is much more used than cabin crew. 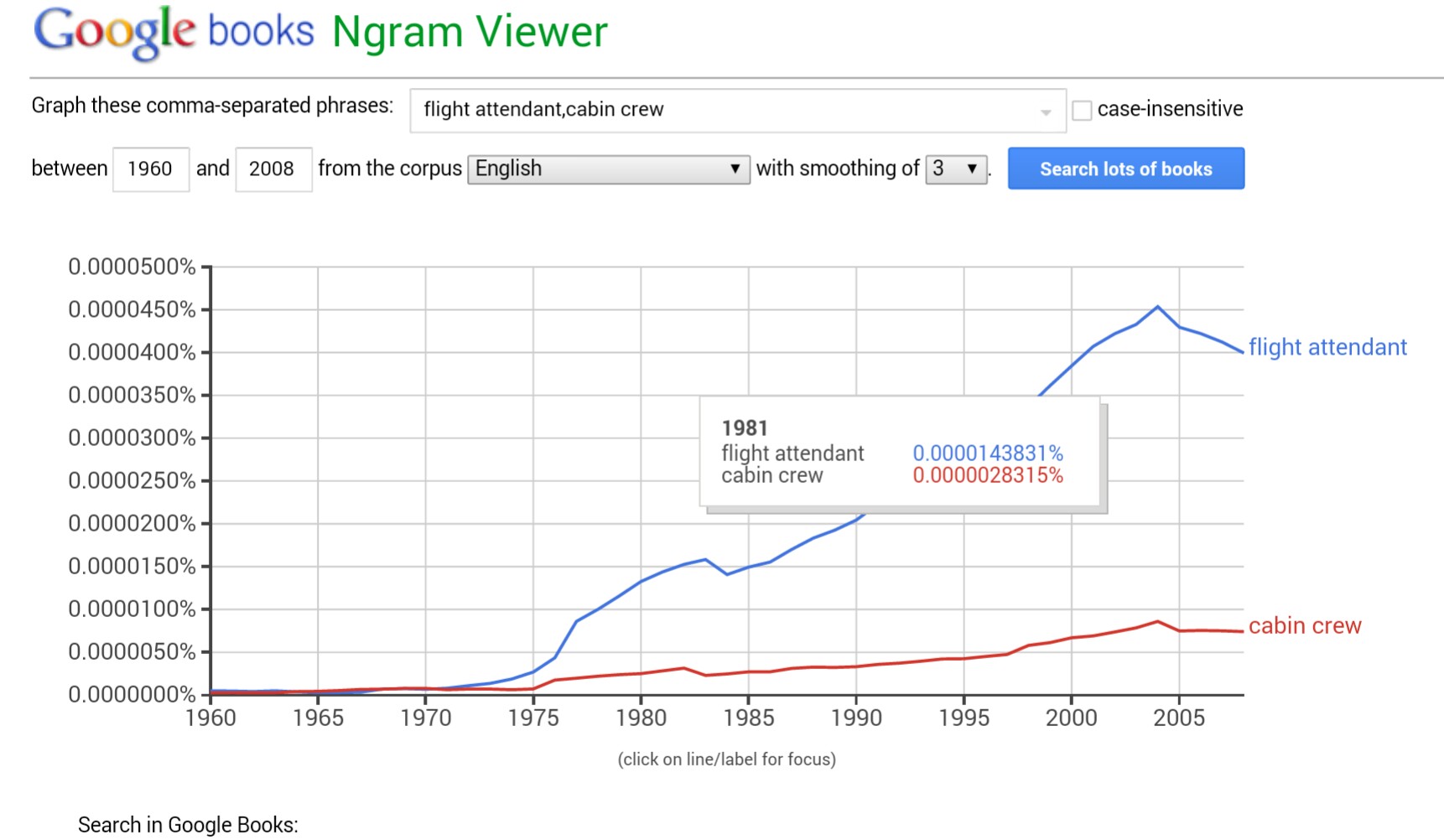 Not the answer you're looking for? Browse other questions tagged discussion tags .

7
Rename tag class-bravo to class-b?
2
Tags airman-certification and flight-training are inconsistent
3
What’s meant to go in a tag wiki (excerpt)?
6
Is the “airlines” tag needed?
8
Why do you have to have votes on a tag before you can suggest a synonym?
8
Do we need both the commercial-operations and airline-operations tags?
2
Should we change the title of the question about the black triangle in the Cabin?
6
Which tag (flight-test, flight-testing) should be the master and which the synonym?
6
Why was my question about cabin chimes on a specific plane closed as primarily opinion-based?
7
Tag merge: [legal] → [regulations]